N-Key Rollover: What It Is and How To Test Your Keyboard 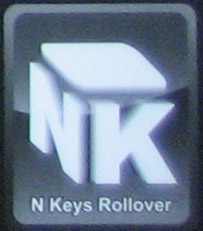 In this article, I'll explain what n-key rollover is and some of the available methods for testing your keyboard's level of rollover support. N-key rollover relates to the ability of a keyboard to correctly recognize multiple key presses at once (in the case, the ability to press as many keys as you want) and is a feature that is needed among the following areas of computing:
Even if you are not in either one of these categories, this article may still be of interest to you since keyboards with n-key rollover are generally of higher quality.  Most keyboards providing n-key rollover are of the mechanical key switch type as opposed to the rubber dome style keyboards which are, unfortunately, cheaply made and distributed with desktop PC's these days. However, I'll leave it up to another article and/or the curiosity of the reader to delve into the wonders of mechanical key switch keyboards. An excellent place to start is here.

N-key rollover, often referred to as NKRO for short, is a term that is known and appreciated by many gaming enthusiasts but may not be as widely known as another term, anti-ghosting. Anti-ghosting is a term frequently used by Microsoft, Logitech, and other popular keyboard manufacturers when marketing their products.  It is important to know the difference between the two terms:

If you'd like to explore this topic in greater depth, I highly recommend starting with the following:

Why Should I Care About It?

It is probably about time to give an example to bring things into context. The Microsoft Sidewinder X6 keyboard is a fairly recent gaming keyboard that is frequently criticized for its anti-ghosting capabilities or lack thereof.  With this particular keyboard, the common complaint is that gamers can't press certain 3-key combinations like:
In this case, after pressing the first two keys (Ctrl + W), the third key (R) doesn't register. While key combinations like this may not be used by every gamer, it is a real problem...even with keyboards like this marketed towards gamers. Whether you are a gamer, a photoshop user, or power user of other software you may come across certain 3-key combinations/shortcuts that may not work. The circuitry in keyboards these days is designed in such a way that only certain key combinations work. Engineers optimize the circuitry so that the most common combinations will work, but the inherent drawback with the designs is that there will be combinations that just won't work. Again, I'll refer you to the Microsoft Applied Sciences article for a much more in-depth explanation.

My intent is not to single out the Microsoft keyboard, but to demonstrate that you may run into issues like this if you don't have a keyboard that has full n-key rollover support.

Keep the following in mind if you have an n-key rollover keyboard that can be hooked up to your computer through either USB or a PS/2 port:

When given the choice between using PS/2 or USB, it is generally recommended to choose PS/2 since it doesn't have the rollover limitations.  However, if you enjoy hotplug support which PS/2 doesn't have, USB may very well be the better choice for you.

There are several ways you can test rollover behavior on your keyboard.  Among those I list below are:

Often you'll see people mention the double shift-key typing test.  It is a basic test for demonstrating the problems that arise when keyboards don't support n-key rollover.  The test involves holding down both the left and right shift keys and typing the following sentence while still holding down both shift keys:

the quick brown fox jumps over the lazy dog

Use the following text input field to test it out yourself:

With most keyboards, you will see something like the following which was typed on a wireless Logitech keyboard (this will vary for each keyboard since each keyboard is optimized for different key combinations):
TE UIC RWN JUS VER TE LAY DG

You can see that a lot of characters were dropped during the test. This is what you should see:
THE QUICK BROWN FOX JUMPS OVER THE LAZY DOG

Most consumer keyboards will not pass this test, so don't feel too bad that you have a crappy keyboard...because most keyboards are crappy like this.  :-P


Trivia note in case you're not sure where this phrase came from:


"The quick brown fox jumps over the lazy dog" is an English-language pangram (a phrase that contains all of the letters of the alphabet). It has been used to test typewriters and computer keyboards, and in other applications involving all of the letters in the English alphabet. Owing to its shortness and coherence, it has become widely known and is often used in visual arts. -Wikipedia

You can use the demonstration directly below or by going to the Microsoft Applied Science ghosting demo page here.  Click within the demo and start pressing key combinations...

Here are several desktop applications you can use to test n-key rollover functionality.  The first one is Linux-based while the remaining ones are Windows-based.

Gnome is one of the desktop window managers for Linux and it has a great tool for testing n-key rollover even though that isn't its primary purpose. You can open the Gnome keyboard properties with one of the following methods: 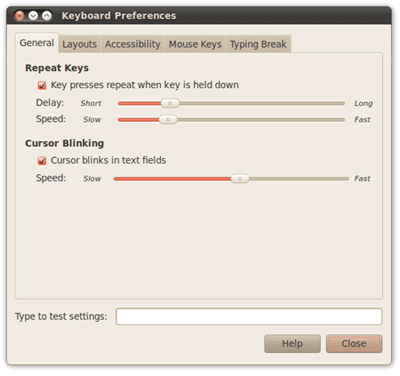 Once the keyboard properties window is open, go to the Layouts tab and click on the Add... button to open up the on-screen keyboard. Be sure to select the correct Country and Variant, then click within the keyboard area to start using it. 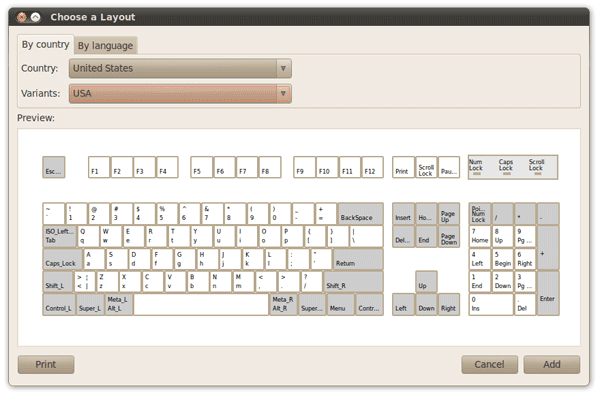 If you regularly use Windows, you can still use the utility without having to install Linux.  Just download an Ubuntu CD image (.iso file) from Ubuntu and either burn it to CD and run the Ubuntu desktop from the CD or install and run it from a USB stick...all without having to install Ubuntu on your hard drive. Further instructions for downloading and running it are on the Ubuntu website.

Aqua Key Test is a GUI application that shows an on-screen keyboard indicating the key presses that are being recognized. This is a small standalone executable that comes from Korea.

"Unlike ALL other keytest applications that I have tested (including commercial ones like PassMark KeyboardTest) this one is not tricked by fake strokes and checks only the real signals sent from your keyboard. What does this mean? This means that scripts and macro programs like AutoHotKey or AutoIt which generate keystrokes using the Windows API do not get picked up." -Geekhack.org Forums

This is another GUI application that shows an on-screen keyboard indicating current key presses. However, this one is trial-limited to 30 days after which you need to pay for the software. You can go to the Passmark website to download it. 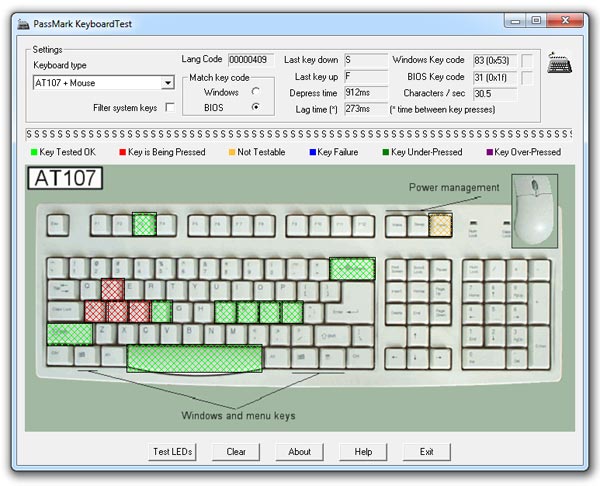